In our day and age simply buying a game is not an option. The online era has created the need to bring players together, so that they could share their experiences, their opinions, but most importantly, so that they could brag about their achievements. The idea was first coined by Valve on Steam. Then there were others, like Origin, but the most prominent player to jump on the bandwagon was Ubisoft with their uPLAY.

uPLAY is basically a cross-platform Ubisoft-trademarked Steam clone. It serves as a sort of social network for those who buy and play Ubisoft games, but also functions as a safety measure. uPlay has an online store, where you can buy a licensed game, and without the service you can't legally play it. Many people have complained that constant connection to services like uPLAY does not do their gaming devices any good, and uPLAY is guilty as charged. It's rather unstable at times, breaking the Internet connection, not recognizing games or doing something downright terrible with the update and patch system.

Technical issues aside, there's not much to tell about uPLAY. It has a solid library of games, and while it's nothing special compared to other giants, it can still hold its own stand. The standard achievement system, generic bonuses and motivating contests - quite usual things. The only serious advantage here is that uPLAY is multi-platform, connecting the owners of PC with those who have Playstation and Xbox, or even people who play on iOS.

Recommending uPLAY is hard. It's not that good a service, to be honest. But if you have a lot of Ubisoft games and have a social itch you need to scratch, feel free to try it out. 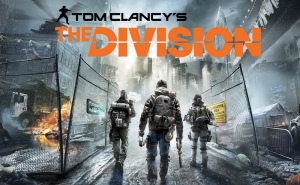 This weekend, you can play The Division for free

Game where you have to collect goods for a confectionary.

This utility will authorize your computer to use 3DTV Play.

It allows you to display the PlayStation3 system screen on your computer.

Sudoku competitive game for up to 4 players.

Thank you for rating the program!
Please add a comment explaining the reasoning behind your vote.
0 comments